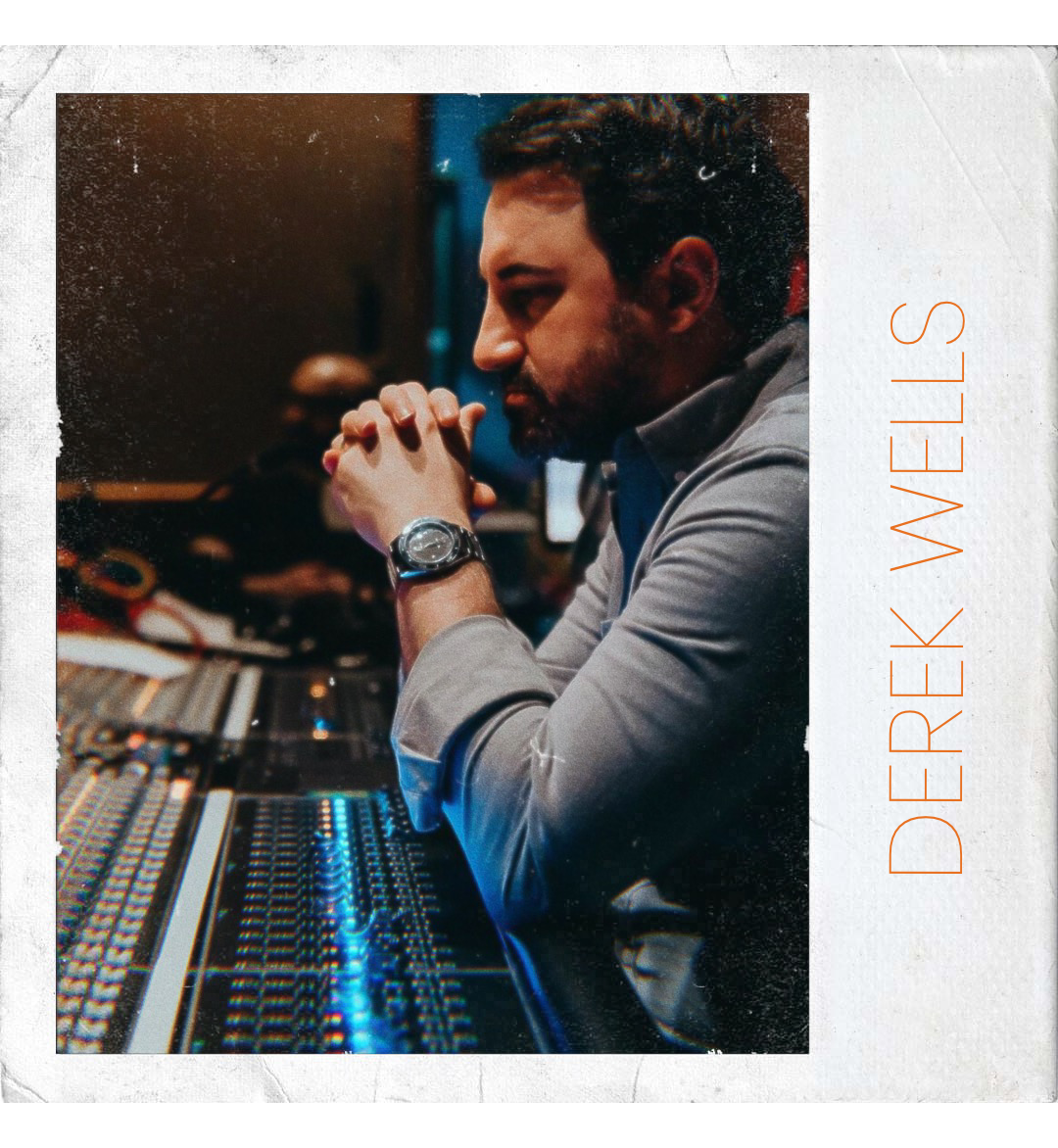 A native of Nashville, Derek Wells is a Grammy nominated first call multi-instrumentalist and producer.  As a session musician, Wells has performed on over 50 certified number 1 songs from a diverse listing of artists that include: Kid Rock, Dolly Parton, Kenny Chesney, Shakira, Blake Shelton, Florida Georgia Line, Corey Hart, Ian Gillian of Deep Purple, Thomas Rhett and Carrie Underwood. His work on the Maren Morris Album, HERO earned him a Grammy Nomination. In 2016, He was the youngest person in history to win The Academy of Country Music’s Guitar Player of the Year award. As well as the youngest person to ever be nominated for the CMA musician of the Year Award.

In 2018, he earned the honor of being named Music Row Magazine’s Guitar Player of the year.  Awarded to the musician who played on the most billboard top 10 albums in the previous year. Wells accounted for 39 of the 43 Top Ten Albums in the Country Genre that year. As a producer, Derek has completed successful projects for Universal Music Group (Maddie and Tae), Broken Bow Records (Granger Smith) and Sony/Atlantic (Scotty McCreery) which produced a multi week number one single (This is It) and has been certified Gold.