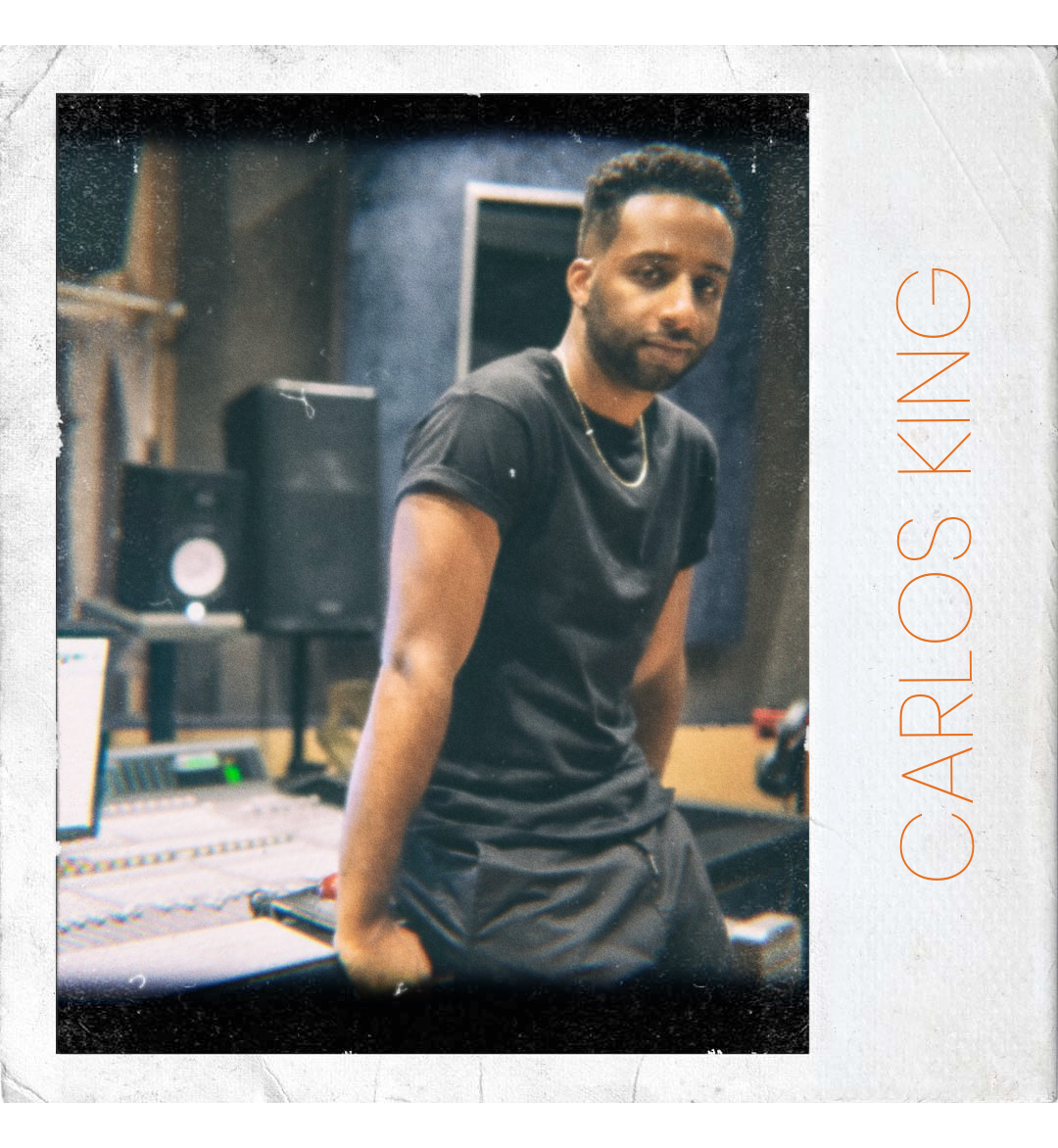 Carlos King is an LA native who grew up immersed in the music scene. Influenced by his parent’s love of music, Carlos knew he wanted to be a part of the music making experience. Despite having no previous musical know-how, Carlos moved across the country to follow his dream and study music at Bloomfield College. He studied music technology and soon excelled to become the student engineer at the school’s studio. Around this time, he also landed his first internship at an independent record label, Blaze Imprint. Following graduation, Carlos continued to intern for a composer; learning the ins and outs of mixing and recording.

With education and experience under his belt, Carlos returned to Los Angeles to find his place in the music industry. He landed his first commercial studio internship at the Boom-Boom Room, in Burbank. Carlos continued to learn and perfect his craft until he met super producer Harmony Samuels. Knowing a great opportunity when he sees it, Carlos transitioned to working with Samuels at B.O.E. as an intern engineer. Within just a few months Carlos had worked his way up and snagged the position of head engineer. Carlos continues his career as a mixing engineer and has since worked with numerous artists including Machine Gun Kelly, Wretch 32, Ariana Grande and many more. Working with such artist granted him to be part of several platinum and gold selling records, and he even earned a grammy nomination for his work on Fantasia's album, "Side Effects of You"!